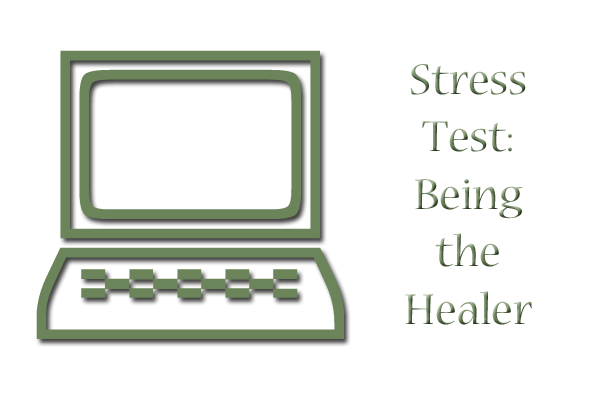 Players of MMOs, like World of Warcraft and City of Heroes, know the value of a “healer”–the character who heals damage in a team, so that the team’s big bruisers and snipers stay alive long enough to do their job. Healers are always in demand, whether a group is advertising for a priest or for an Empath; they know they will need someone backing them up with supportive, team-oriented powers.

But not everyone is cut out to play a Healer. If you like to deal lots of damage and kick a bunch of butt, the Healer class is not for you. If you don’t like playing with other people, and prefer to go your own way, the Healer class is also not for you. Creating and playing a Healer is about being defensive and supportive, being team-oriented, and most of all, maintaining that team as long as you can. It can be a lot of hard work, but I like to think of it as a “stress test.” If you can handle being a Healer, you can handle just about anything the game throws at you.

Healers have to care. A LOT.

No longer can you just run ahead of your team, heedless of everything the other players are doing, and shoot or slash the living daylights out of everything. If you’re a healer, you need to care about what your team is doing, because without you to back them up, they can easily get wiped out in the middle of a big enemy spawn.

You also need to care about the welfare of each of your teammates mid-battle. Your particular MMORPG, like City of Heroes, may allow you to have a sort of “Team Window” where you can monitor each member’s health and other vital stats.

This little window is a godsend for healers. Out to the side, you can see all the little icons representing many of the buffs each character has on them–this helps me figure out who needs which buff, who needs healing, etc. I just look for the bright green icons to know whether I’ve buffed somebody recently, and I can easily watch their red Health and blue Endurance bars, too.

Believe me, as a person who’s played just about every Archetype available in City of Heroes/Villains, damage-dealing characters do depend on their healer teammates to be the “net,” to catch them if they fall! Caring healer players can literally be the saviors of their teams during huge battles.

Healers have to be responsible.

Caring also entails responsibility. You have to be paying attention to where the team is going, not wandering off randomly by yourself because you accidentally closed your Map (*raises hand* Guilty). You also need to scan the battlefield at all times, not just focus on the particular enemy or ally in front of you. This helps you stay alert to rapidly-changing battle events.

For example, here’s what happens when you focus too long on one particular thing as a Healer:

Healers have to be careful not to make themselves targets; that’s one reason I say to keep moving and keep watching your screen. Otherwise, you can end up with one very dead Healer… 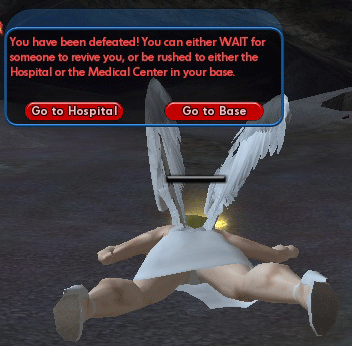 (This is what happens when I’ve gotten a little overzealous shooting stuff and forgotten to heal myself. Poor Lyssadia. Learn from my fail.)

Healers actually work best at bringing up the rear–many healers have secondary attacks that they can fire off to prevent a few straggling baddies from stabbing the group in the back, and you can also monitor your teammates more carefully if you are behind them rather than in front of them. As the healer, don’t be the first to fling an attack or explore ahead of your group, because this is a good way to get your Empath character killed.

(Through the confusion of colors, you can see the two names in green in this screenshot–those are my two teammates up ahead of me. Since I’m behind them, I can visually monitor what is going on, and I can click-and-heal them if I need to.)

Several of my healers can fly, so usually I will hover above the fracas, healing, buffing, and offering a bit of cover fire when needed. This elevated position helps a Healer see more of the battlefield, and it can keep you in range of allies who would otherwise be out of range of targeted heals and buffs. Whether you choose to fight from the air or ground, however, it’s important to stay in a central position in the team–if you’re too far forward or too far back, you might not be close enough to a teammate to help them.

Healers have to heal/buff first and fight second.

Even though most healers on City of Heroes are ranged attackers as well, they really work best if you focus on buffing everyone and healing everyone first, and only attacking if absolutely necessary. It can be very tempting to start fighting along with your teammates if you start taking damage yourself, but stay the course–if you can keep your teammates alive by a few well-timed heals and buffs thrown their way, then you won’t have to worry very much about taking damage! 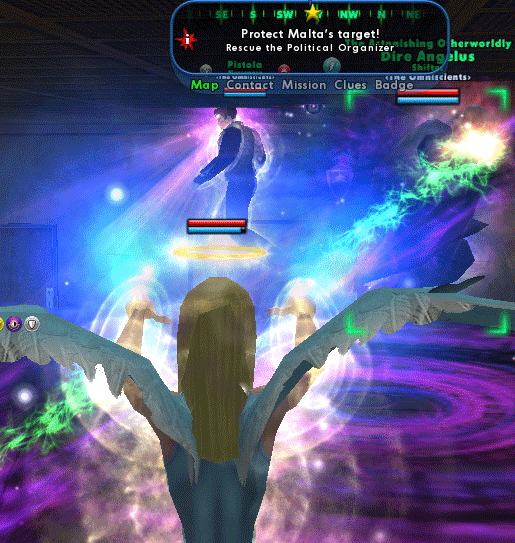 (In this shot, I’ve targeted onto one of my teammates, marked by the green box around his character, and am sending an application of Fortitude his way, which will increase his Damage Resistance to just about every type of damage for 1 minute.)

Healers have to focus.

Eating, watching TV, or doing anything else while trying to play a healer will not work. Even if you can type quickly, sometimes even chatting with your teammates takes too much attention away from the job at hand. Since much of the team depends on you to keep them in fighting shape, you have to maintain a focus that you don’t necessarily have to have when you’re playing a damage-dealing character.

It can be a bit stressful, especially if you’re trying to keep up with a team whose members don’t talk about what they’re going to do before they do it. But if you’ve got a good team going, with lots of communication, it’s relatively easy to stay focused. 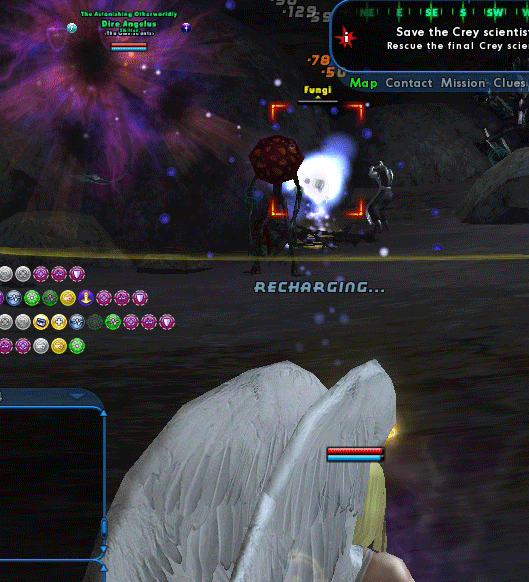 (I’m staying a bit further back from the fray in this shot, because there are still several high-level enemies alive, but my teammates are generally mopping ’em up okay. I just need to be alert in case a teammate gets caught unawares by an enemy shot. This time, I’m not making Lyssadia fly into the fight just to get shot!)

Playing a healer does require a bit more work, but it is a very rewarding type of character to play if you enjoy being needed. It’s a team-oriented mindset that can make battle less boring and more involved…for certain, it is a VERY different kind of challenge. If you’ve never played a Healer before, give it a shot!

One thought on “Stress Test: Being the Healer”

This site uses Akismet to reduce spam. Learn how your comment data is processed.